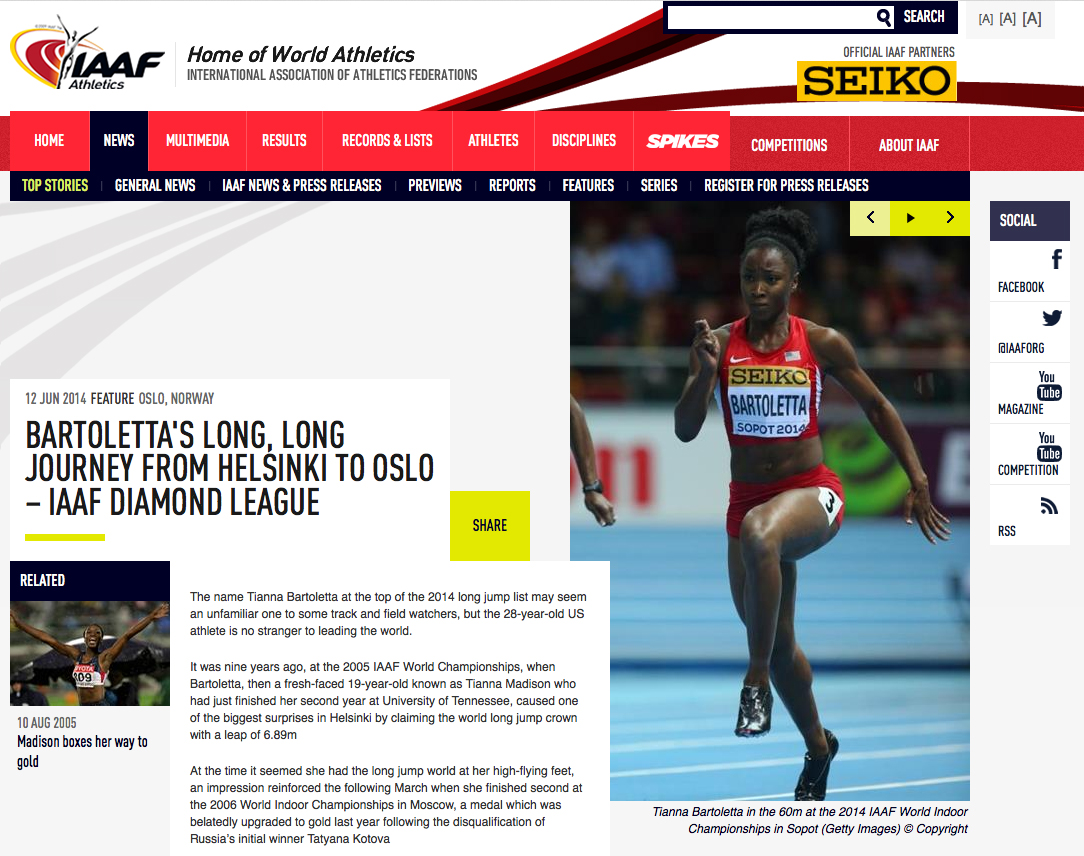 The name Tianna Bartoletta at the top of the 2014 long jump list may seem an unfamiliar one to some track and field watchers, but the 28-year-old US athlete is no stranger to leading the world.

It was nine years ago, at the 2005 IAAF World Championships, when Bartoletta, then a fresh-faced 19-year-old known as Tianna Madison who had just finished her second year at University of Tennessee, caused one of the biggest surprises in Helsinki by claiming the world long jump crown with a leap of 6.89m

At the time it seemed she had the long jump world at her high-flying feet, an impression reinforced the following March when she finished second at the 2006 World Indoor Championships in Moscow, a medal which was belatedly upgraded to gold last year following the disqualification of Russia’s initial winner Tatyana Kotova