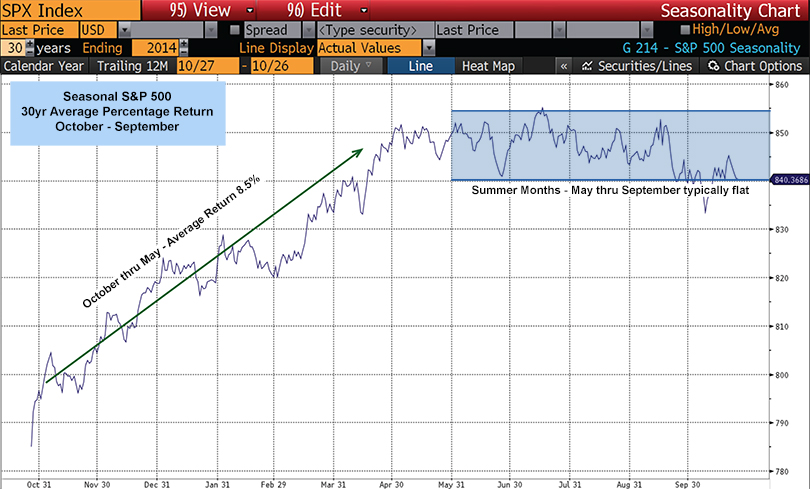 Historically the S&P 500 is Seasonally Bullish October through May
Research shows that the U.S. equity markets perform best from October to May over the past 30 years as reflected by the S&P 500 30 year seasonal chart. After recently correcting almost 10 percent from its September high, the S&P 500 has bounced back, creating a prominent V-shaped corrective pattern. Historical data that may drive the S&P 500 higher include the last 30 years of positive seasonality from October through May, the midterm election cycle and positive returns during years ending in five.

The chart above depicts the average percent return of the S&P 500 beginning in October for the last 30 years. On average, the market rises about 8.5 percent. From the October 2014 low, the S&P 500 has already rallied 8 percent. In past years, on average, the rally has continued. However, from May through September, the seasonal period known as “Sell in May and go away”, has had average returns that have been flat over the past 30 years. Also, in the last 16 midterm election years the market has gone up 14 out of 16 times in the fourth quarter, 15 out of 16 times by the end of the first quarter and 16 out of 16 by the end of the second quarter. These are strong predictive probabilities that should be evaluated and not ignored.

Additionally, technical cycle research has shown that the market exhibits positive returns for years that end in the number five. Data shows that this has occurred each of the last 11 times the year ended in a five.

CURRENT INVESTMENT STRATEGY: We have been writing for some time the following statement: “When the seasonal period runs its course and/or the markets tell us that they want to move higher based on our research, we will remove the hedge and begin the process of getting back into the markets and get fully invested.” 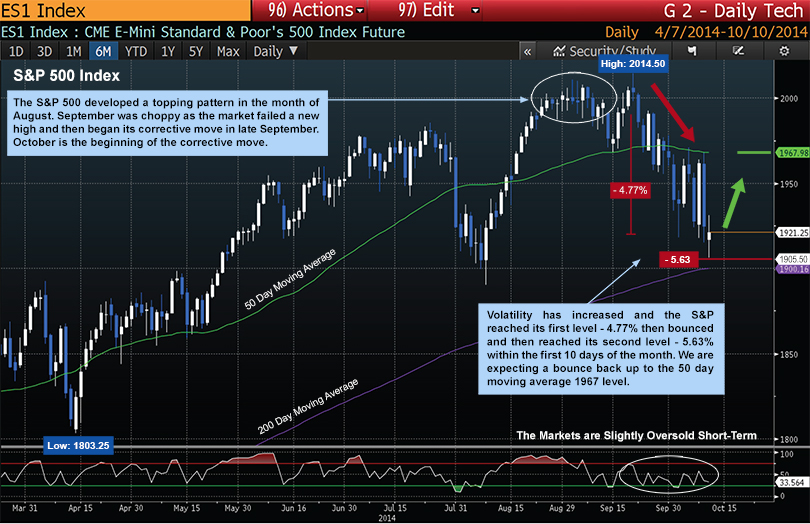 As the markets corrected during the first half of October we gradually reduced our protective hedge (short position with the double down ETF’s) in the Russell, Nasdaq, S&P and Dow. This reduction caused an increase in our cash weighting throughout all portfolios. When the markets formed a V-shaped bottom we began the process of gradually reducing the increased cash position by investing back in the market. We have gradually and consistently been buying this market however we remain cautious while looking for any behavior that could cause the markets to go back and retest the lows. 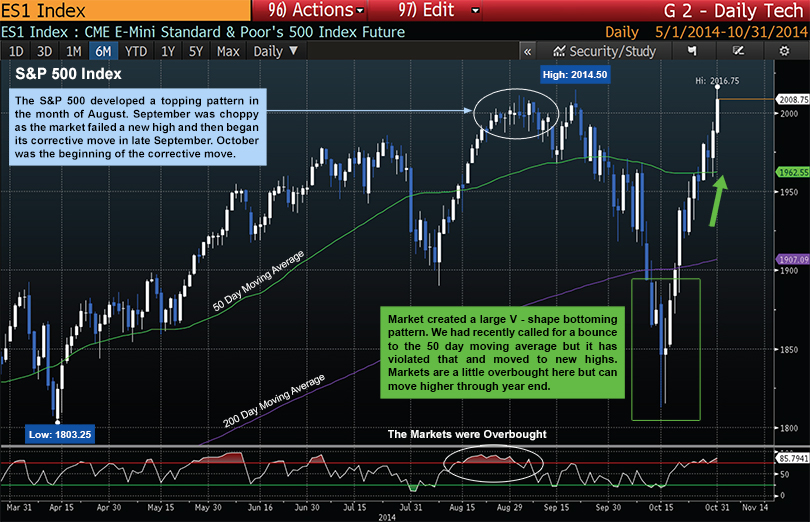 A more detailed update regarding our thoughts on the latter part of the fourth quarter and an update of our Central Bank Experiment & Asset Bubble (white paper) will be forthcoming in the next few weeks. Until then, we continue to remain diligent in our research and will continually monitor the markets and report back as data becomes available.