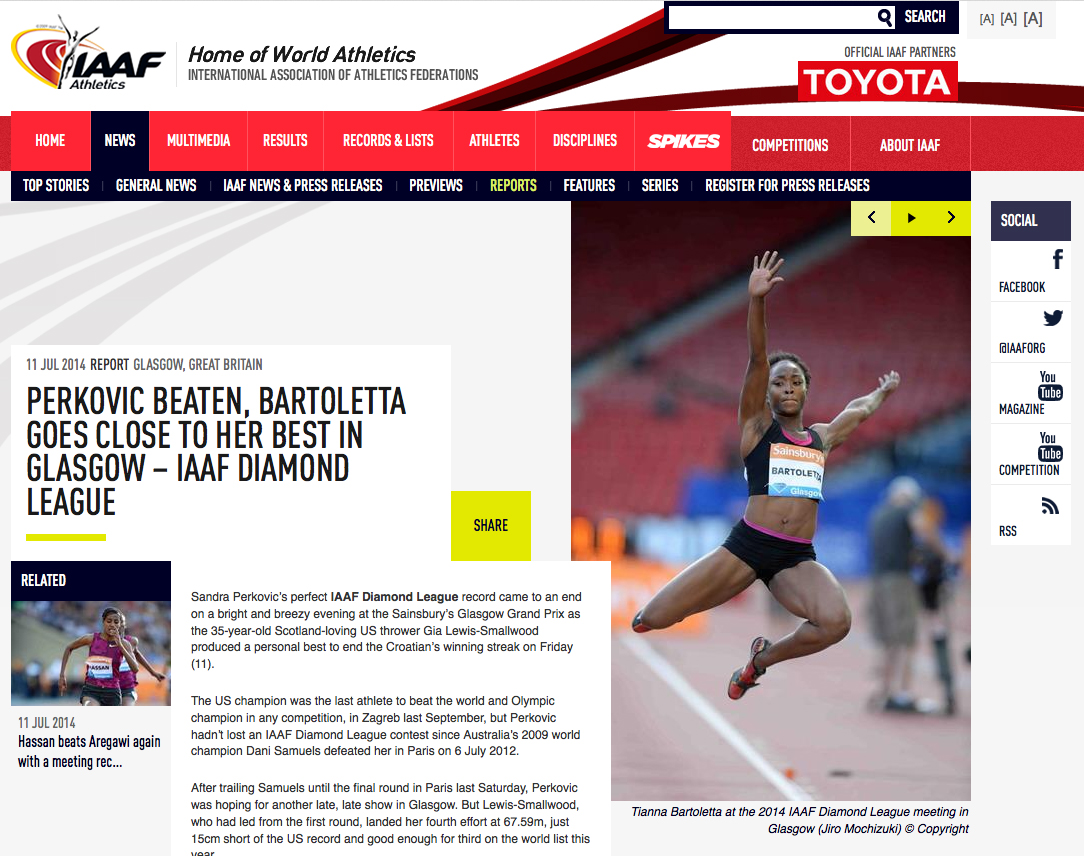 If the women’s discus was enthralling for its shock value, the long jump was a thriller for the sheer quality of the competition as the small but vocal Hampden Park fans saw Oslo winner and former world champion Tianna Bartoletta produce two jumps within five centimetres of her 2014 world lead to beat Katarina Johnson-Thompson by a whisker as the British heptathlete and long jump world junior champion added another 11 centimetres to her best.

Bartoletta led after round two with 6.72m but then exploded out to 6.97m in the third, followed almost immediately by Johnson-Thompson’s lifetime best of 6.92m, just three centimetres short of Shara Proctor’s UK record.