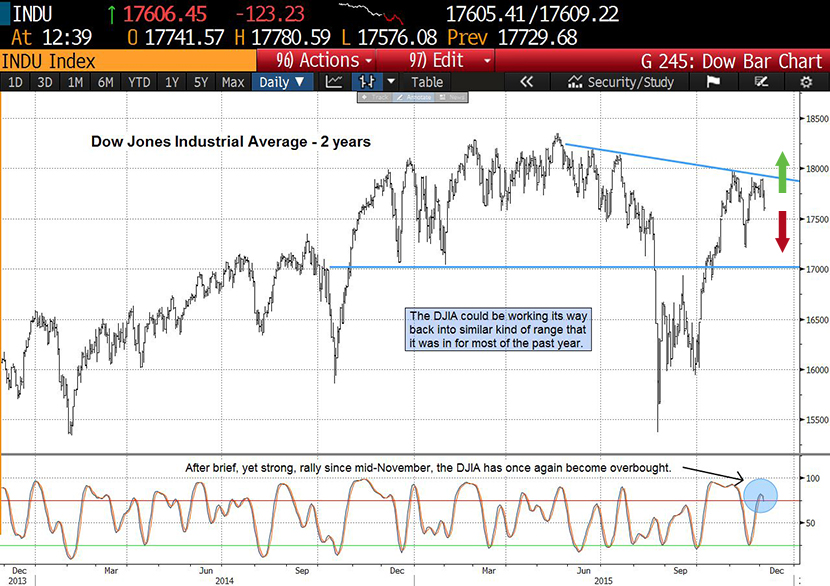 S&P 500 Direction Reminiscent of 2012 | Still Stalling
The stock market appears to be back into a range of around 17,000–18,000 on the Dow Industrials, which may end up being a lot like the earlier part of 2015 where it was also stalled in a range for most of the year. The pattern for the individual stocks and groups is also similar with a smaller number of large stocks holding up the indexes, while the broader list of groups and stocks are very mixed in their trends. It’s the same type of market that we have seen for the past year, which we believe makes it difficult to build a case for a sustained bullish trend yet.

Instead, we believe that more of this consolidating action is likely, which could leave the bulls and bears frustrated for more months ahead. Eventually, we expect the longer-term bull trend to return, but it may not happen soon enough for those who are expecting a year-end rally. 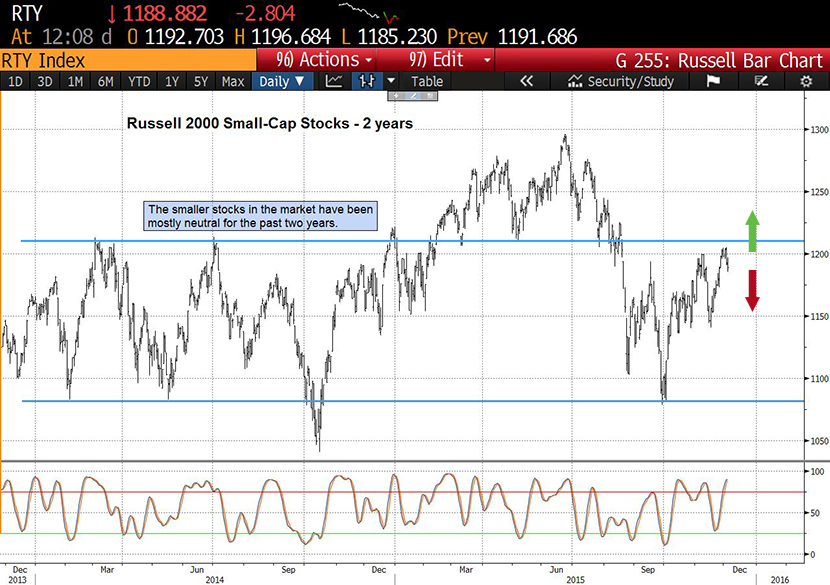 It is well known that the strength in the major indexes has been largely supported by a relatively few number of large-cap growth stocks, while the broader market has been struggling to stay even this year. The year-end portfolio adjusting has also been adding to this process as losing stocks continue to see selling pressure, while the big winners are hitting further new highs. In the past, a market advance that has been supported by relatively few names has often led to a pullback, which tends to happen when the leading stocks pull back. Many stocks have already had corrections of their own, and if and when the big names pull back, we see the smaller names as being the most likely place to profit going forward, which could be a winning theme for next year, in our opinion.

TRADING UPDATE: We have been putting a limited amount of cash to work into stocks as conditions warrant. At this time we are not seeing clear indications of what areas of the market may lead in a recovery, so a more general approach is best at this time.

We continue to hold cash levels of 30 – 35% that are limiting the portfolios to about 65% of the market volatility. The cash can be put to work quickly should we see opportunities present themselves and the hedge positions will remain a trading tool to improve risk exposure in the portfolios.