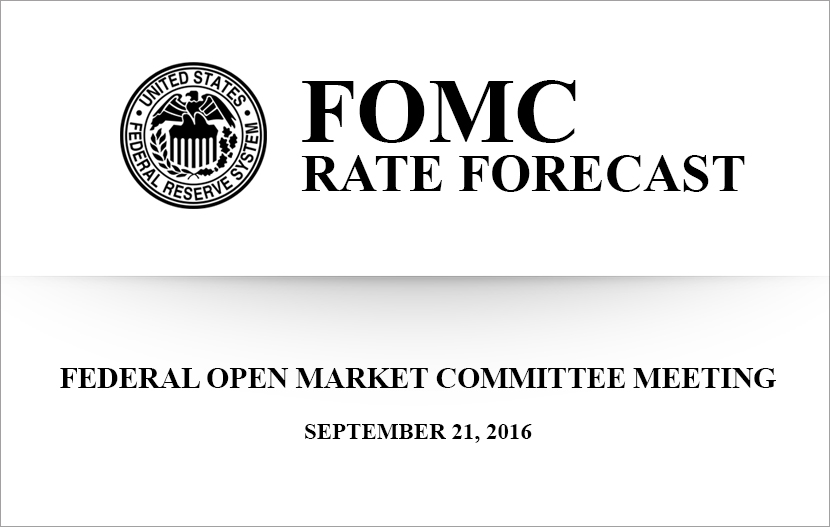 FOMC Update
We believe the current seven year interest rate cycle is close to a trend change. The Federal Reserve will announce its decision on interest rates Wednesday, September 21 when the Committee meets. Wall Street analysts are dubbing it “Super Wednesday.” Whether stocks, bonds, commodities and the dollar soar or swoon depends on two things: what the Fed does and how that corresponds with Wall Street analysts expectations, both of which aggressively lean towards a no-rate-hike decision.

The Fed hasn’t raised short-term borrowing costs (currently pegged at 0.25% to 0.50%) once this year. As we head into Fed decision day, Wall Street expects the Fed to stand firm again, although they expect that Janet Yellen, and the 10 voting members of the Federal Open Market Committee, will attempt to leave “smoke signals” about a possible hike at their December meeting after the presidential election.

Financial markets have turned volatile in the past week ahead of the Fed’s decision. So where are markets headed in the short and intermediate term? The three market scenarios below offer a roadmap.

A Fed hike is the most bearish outcome, as investors don’t think a hike is coming and money managers haven’t positioned their portfolios for one. A September rate increase would be a “big shock,” “a very rude surprise” and “a mistake,” most Wall Street pros say. If the Fed suddenly changed its stripes, it would signal a sharp departure for their latest agenda. Investors would have to reconsider their views of the Fed’s predictability and transparency which would contradict the Fed’s stance on transparency.

Stocks would likely suffer steep declines, as would pricey U.S. government bonds, sending both short-term and long-term yields up sharply. The dollar would surge, dragging down oil and other commodities. The decline for U.S. stocks could be severe, perhaps even steeper than the 400 point slide the Dow Jones industrial average suffered Friday, September 9, when Boston Fed president Eric Rosengren spooked markets when he said “a reasonable case can be made” for a hike, putting a September rate increase back on the table. The decline could also mimic the selloff after the Fed’s first rate hike in nearly a decade back in December 2015, when the Dow tumbled nearly 12% in a two-month span.

This is the most probable case and, therefore, will have the least dramatic impact on financial assets, as this outcome is fairly well priced in the markets. Under this scenario, the market focus will quickly shift to Yellen’s press conference after the release of the Fed statement. Investors will want to see how the Fed sees economic growth, inflation expectations and the pace of future rate hikes playing out. If the Fed leans toward caution, markets might take that as a risk-on signal and buy stocks and bonds. In contrast, if the Fed hints strongly that a rate hike is coming at year end and more are on the way, market volatility could ramp back up, most analysts say. Still, the fact that the Fed is pushing out the next hike for three months will calm investors’ frayed nerves.

The most bullish scenario for stocks and bonds is if the Fed takes the threat of rate hike off the table for 2016 and perhaps longer. If they put any softening language in the statement that signals a December hike is unlikely, the markets would probably like that and a rally would ensue. In this scenario, the Fed basically lowers its outlook for economic growth and inflation and reduces the number of rate hikes it sees in 2017 and 2018.

The following charts reflect the commentary above. 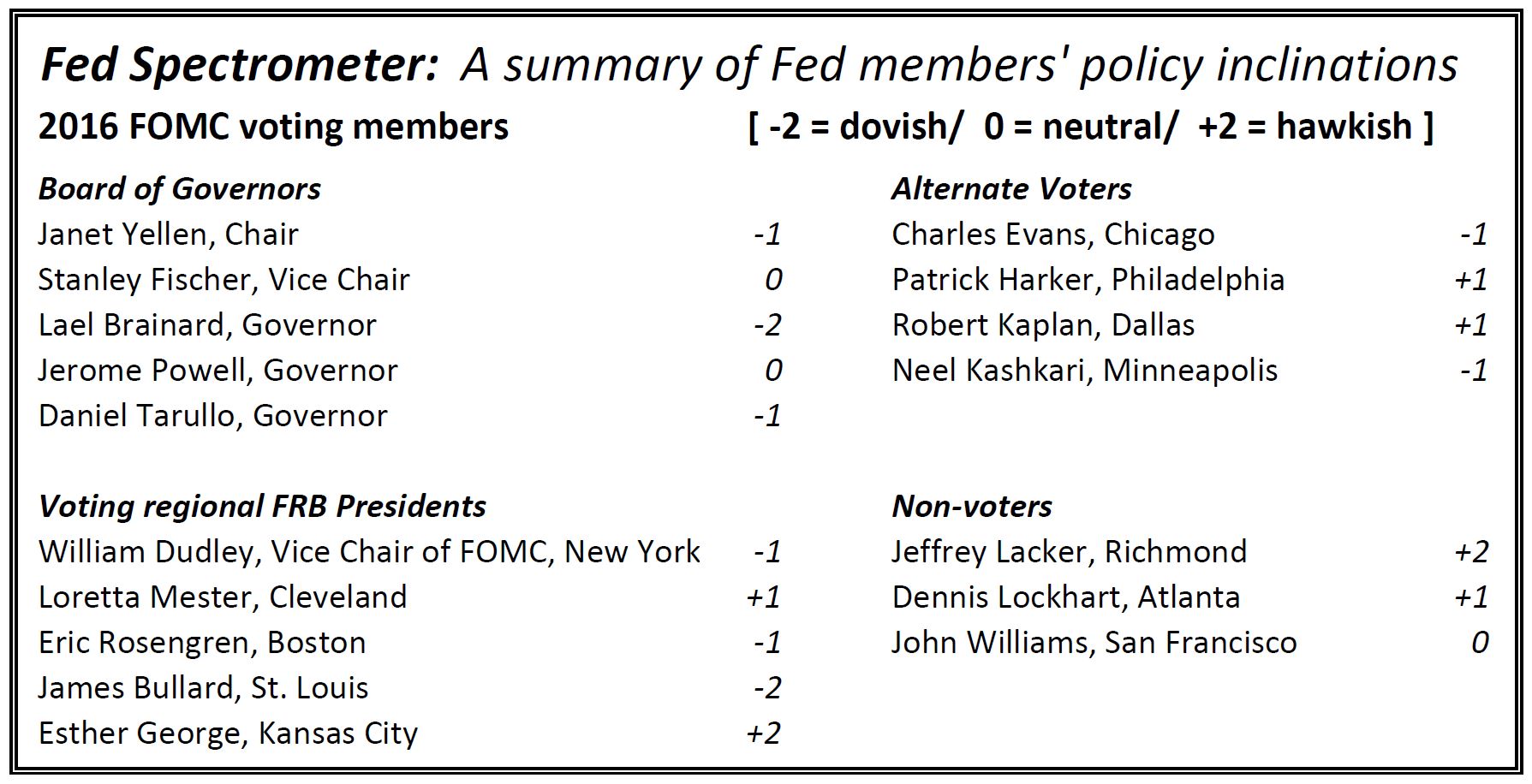 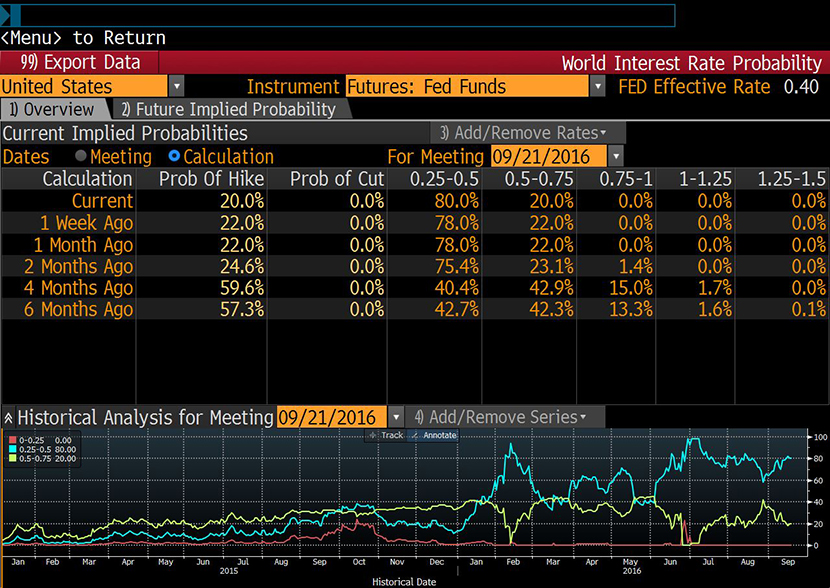 We will be looking for the Fed to wordsmith their language regarding their current strategy. Although no longer expanding their balance sheet, our research shows that the Fed’s QE (Quantitative Easing) has never really ended, while they maintain the purchasing of new treasury securities and mortgage backed securities with the maturation of their existing monstrous $4T portfolio. We remain cautious as this plays out.