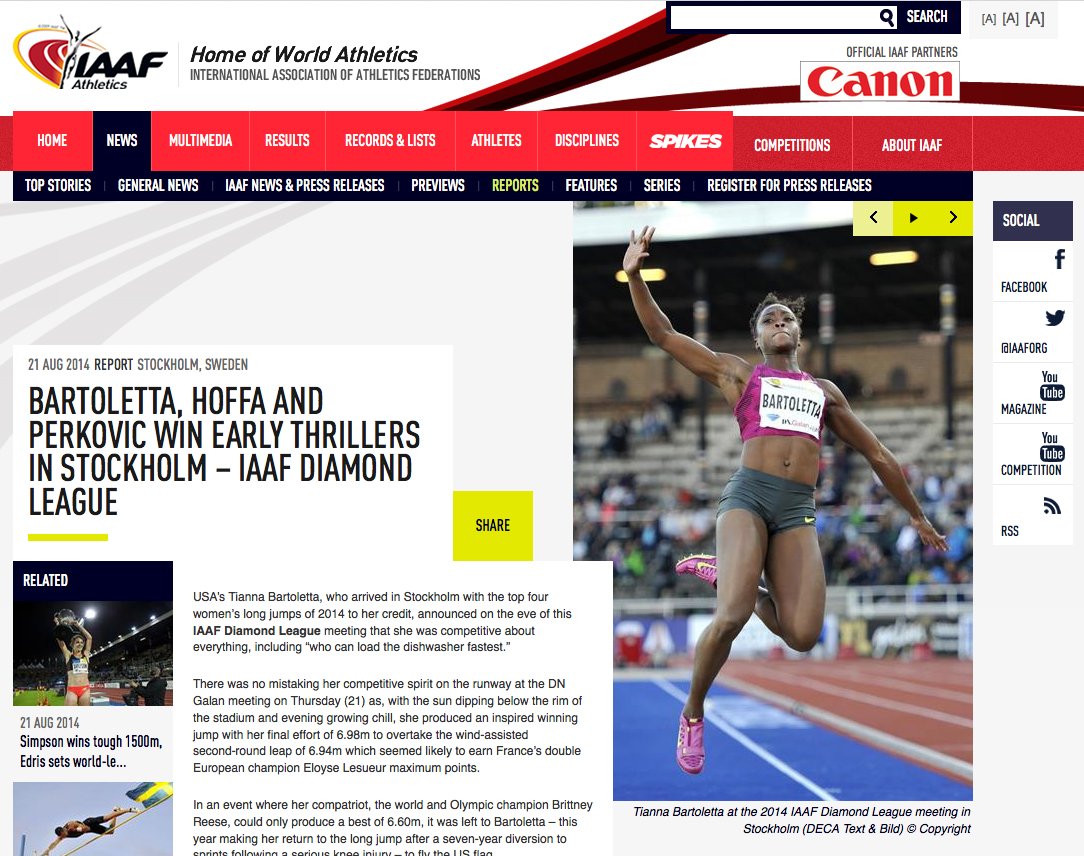 USA’s Tianna Bartoletta, who arrived in Stockholm with the top four women’s long jumps of 2014 to her credit, announced on the eve of this IAAF Diamond League meeting that she was competitive about everything, including “who can load the dishwasher fastest.”

There was no mistaking her competitive spirit on the runway at the DN Galan meeting on Thursday (21) as, with the sun dipping below the rim of the stadium and evening growing chill, she produced an inspired winning jump with her final effort of 6.98m to overtake the wind-assisted second-round leap of 6.94m which seemed likely to earn France’s double European champion Eloyse Lesueur maximum points.