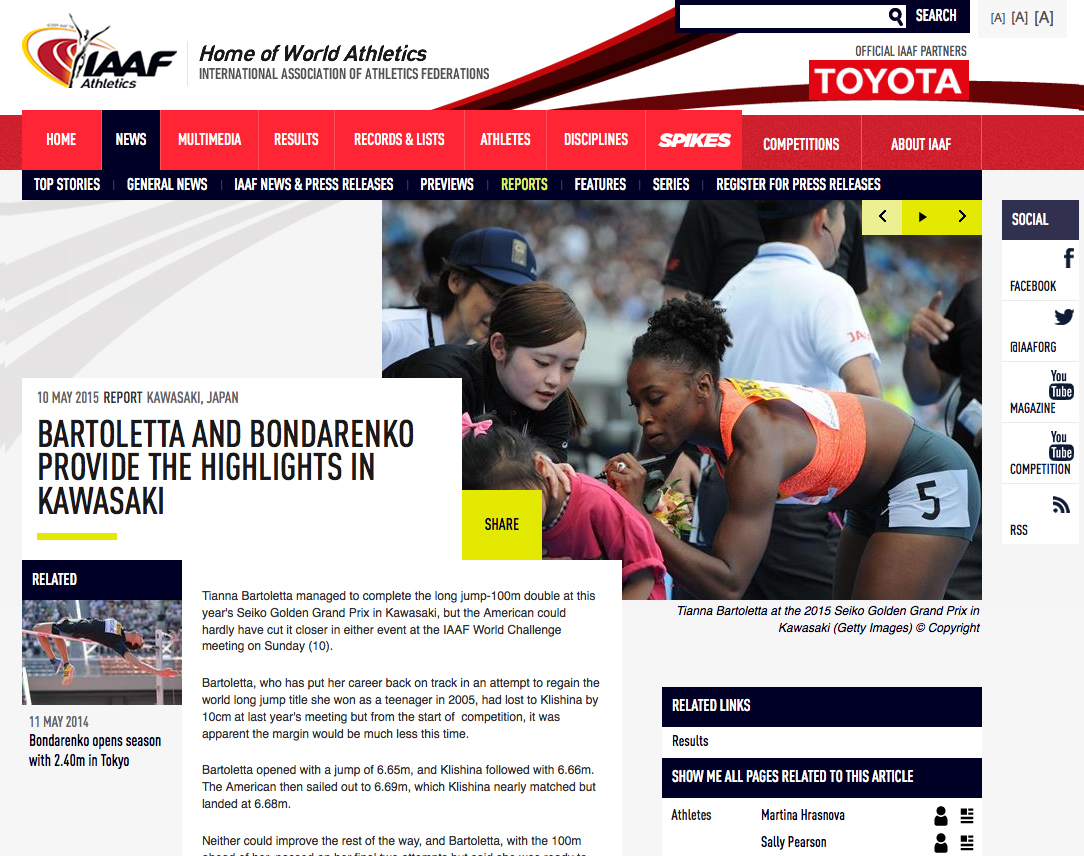 Tianna Bartoletta managed to complete the long jump-100m double at this year’s Seiko Golden Grand Prix in Kawasaki, but the American could hardly have cut it closer in either event at the IAAF World Challenge meeting on Sunday (10).

Bartoletta, who has put her career back on track in an attempt to regain the world long jump title she won as a teenager in 2005, had lost to Klishina by 10cm at last year’s meeting but from the start of competition, it was apparent the margin would be much less this time.

Bartoletta opened with a jump of 6.65m, and Klishina followed with 6.66m. The American then sailed out to 6.69m, which Klishina nearly matched but landed at 6.68m.

Neither could improve the rest of the way, and Bartoletta, with the 100m ahead of her, passed on her final two attempts but said she was ready to jump if Klishina overtook her, which she half-expected.

“I don’t underestimate anybody in the long jump field ever,” commented Bartoletta. “I’ve done it a few times myself, when it seems like I was out of it. I won indoor worlds on my last jump and Helsinki on my fifth jump, so I never assume it’s in the bag. “