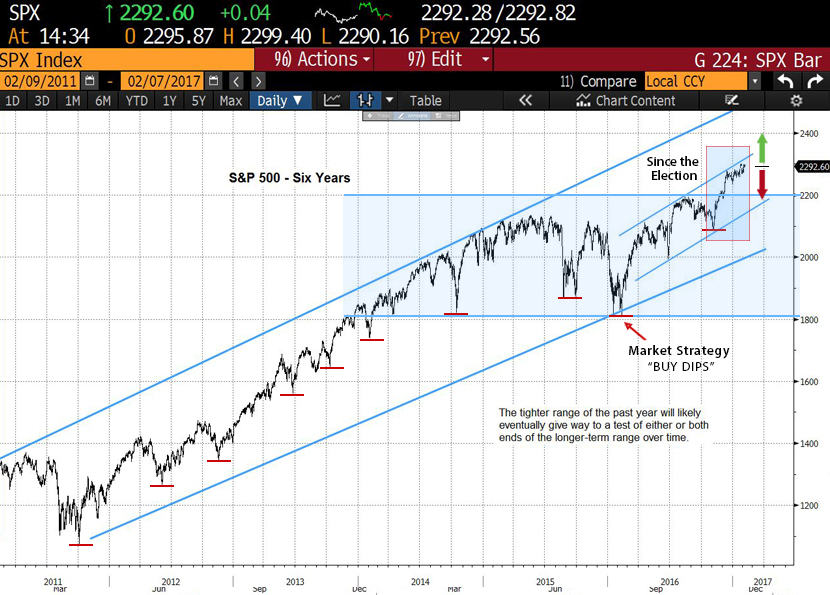 Markets Momentum Continues
COMMENTARY: There continues to be a strong opinion in the news that the stock market may be overvalued by one measure or another, but there is no denying the market is in a bullish trend that goes back several years. It is human nature to try and guess when the trend may end, especially when one has gone as long as this bull market. But in the past, bull markets have tended to go on until the majority is bullish, and the guesses as to when the end may occur switch to an expectation the bull run will last much longer. We believe that we are years from seeing that kind of bullish enthusiasm, but we do expect to see a lot more volatility over the near term when the shorter-term sentiment becomes overly-confident. 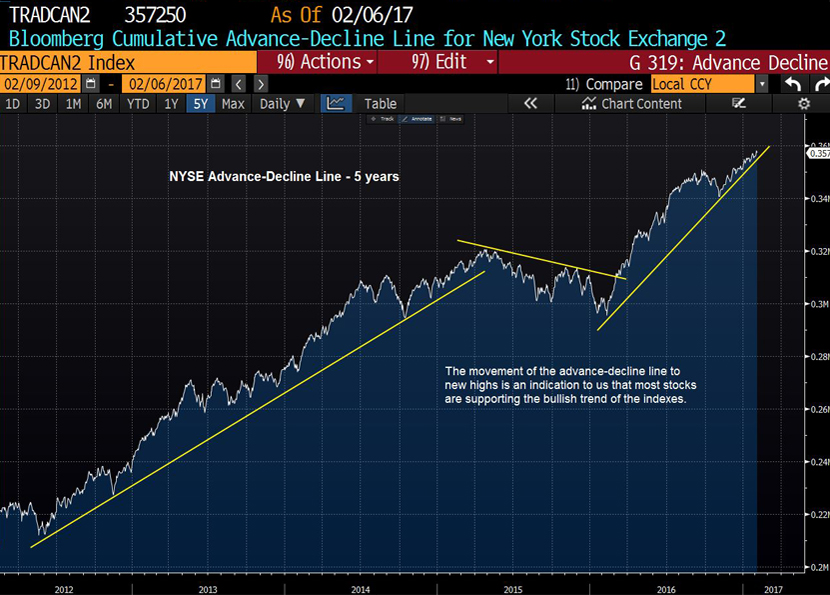 The trend of the market continues to shift toward a trend that favors the more-volatile growth stocks as the stronger relative performers, but the higher-yielding and less-volatile stocks are also holding up well. It’s been a bull market that has favored most sectors, with a few exceptions, and that is an overall bullish trend we believe could persist for some time. We do see a possible period of consolidation within a range that could be less than 10% on the indexes that may last a few months but we remain in the “buy the dip” camp. 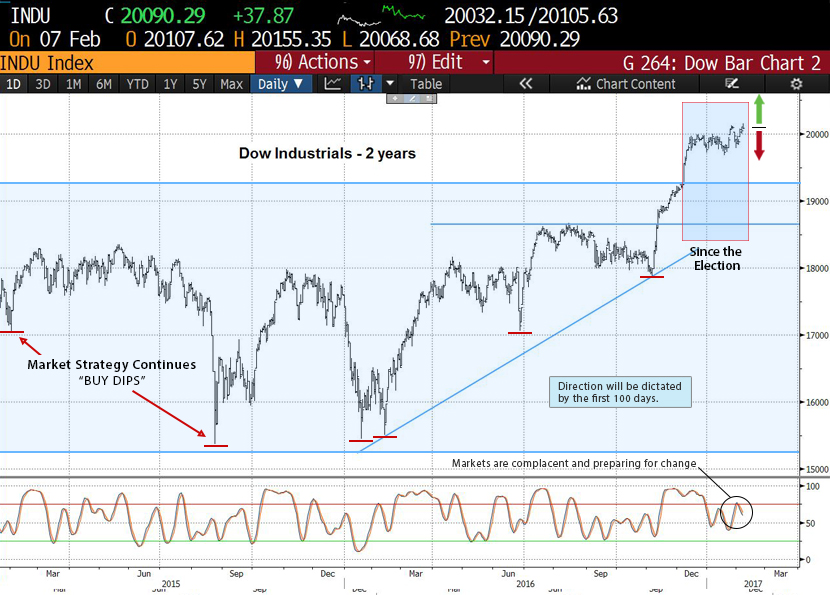 DOW JONES: A bit of pulling back by the markets this week has brought up the question of what kind of near-term downside risk there may be in the indexes, which are fairly clearly defined on the charts. The past six weeks have seen the Dow Industrials bounce off of the 19,700 level, which we view as the first support level of meaning below the market. A break below that number, which is less than 2% off the high, would suggest to us that a larger pullback is coming. There is stronger, long-term support around the 19,000 level, which would represent a 5%–6% decline from the peak, which would be quite normal to see, and would do nothing to damage the longer-term bullish trend, in our opinion. We suspect the market is now near the high end of a possible range of 19,000–20,000 that could hold the Industrials for the next several months, as other indicators that we follow are not providing us with an indication of anything bigger that may be developing over the near term.

SUMMARY: During the new Administration’s “First 100 Days” we will be evaluating market reactions and reporting our strategy going forward. There will be increased volatility across all asset classes due to fundamental shifts in policy that are expected to come quickly. We will be monitoring the markets diligently.