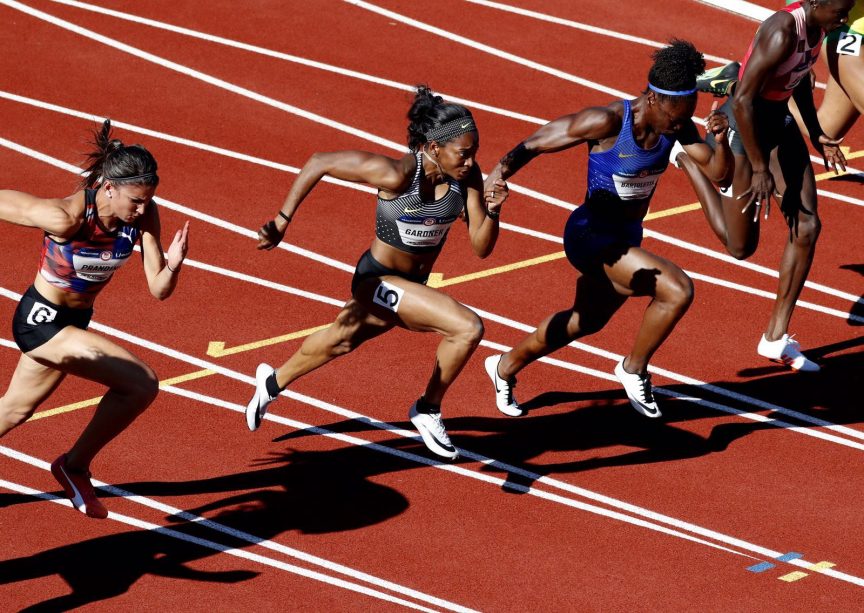 After Tianna Bartoletta completed her heat of the women’s 100m at the U.S. Olympic Trials on Saturday, she put both hands on her knees and took a deep breath.

She was understandably tired; just minutes before clocking 11.02 seconds to win her 100m heat and advance to the semifinals, Bartoletta leaped 7.02m (23 feet, ½ inch) in the women’s long jump final. She attempted one more jump, but her first mark was good enough to finish top-three and qualify her to go to Rio.

“It’s a mental thing, to switch over from being a rhythmic runner on the [long jump] runway to just running all-out in the 100m,” Bartoletta said to USATF.TV.

Reese’s life has changed drastically since winning gold in London.

In 2013, she suffered a torn labrum in her hip. She told USATF that it was the beginning of the “toughest two years of my life,” and that she considered retiring. But in 2016, she returned to form, claiming the long jump title at the world indoor championships.