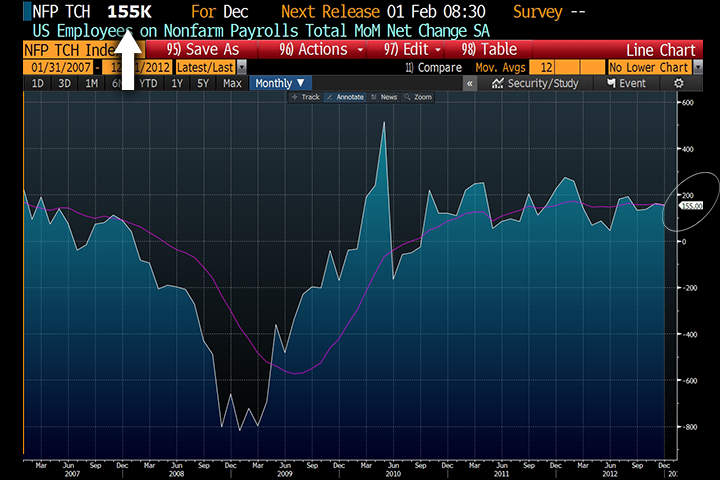 Payroll Surprise
Overall Nonfarm Payrolls rose by 146,000 which was more than anticipated and the jobless rate fell to an almost four year low of 7.7% in November.  Most significant in our eyes though is the private payrolls number which excludes government agency hiring.  Private payrolls rose by 147,000 compared to expectations of only +90,000.  As well, the revision to October’s figure was +5,000.  This all occurred with the back drop of superstorm Sandy which (unexpectedly) “did not substantively impact” the data, the Labor department said.  Equity markets rallied on the news as the gain in hiring indicated consumer spending, the biggest part of the economy, will keep expanding.  This market move based on the news release is readily apparent on the chart of the S&P 500 futures above.